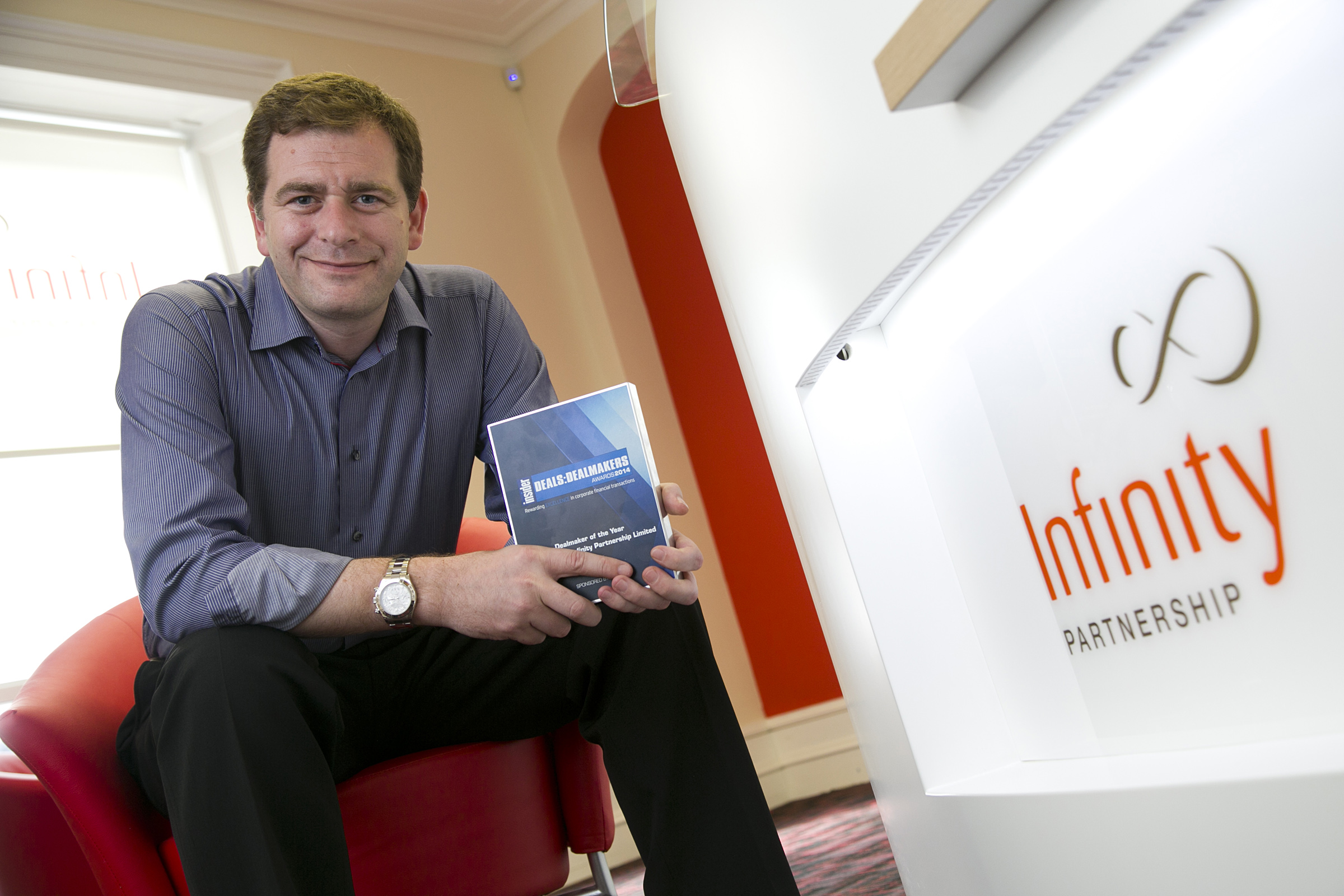 Infinity Partnership has been shortlisted for two honours at the 2017 British Accountancy Awards in London.

Greg Houston, Infinity’s client relations manager, is a finalist in the Rising Star category, while the business is also in the reckoning for the Independent Firm of the Year Scotland, Northern Ireland, North England award.

Simon Cowie, managing partner at Infinity and winner of the Practitioner of the Year at the 2016 British Accountancy Awards, is delighted with the double nomination – the only Scottish-based accountancy practice to achieve this distinction.

He said: “Both nominations are yet another acknowledgment from the profession of our commitment to customer satisfaction and project delivery.

“The independent nomination is a tremendous achievement for everyone connected to the business. In addition, I’m delighted Greg is once again in the spotlight at these prestigious awards.

“We’ve managed to grow the business with a straightforward yet highly effective approach: we’re always primed to respond to client needs, we work hard on their behalf and we offer sound professional and commercial advice.”

The awards ceremony takes place at the London Hilton on Park Lane on Friday, October 13 (2017). Greg was highly commended in the New Practitioner of the Year category at the British Awards in 2015 and 2016. The business won the Independent Firm of the Year Scotland title at the 2015 ceremony.

Infinity has advised more than 70 start-ups in the past 18 months, supported companies with research and development (R&D) tax claims and helped clients with financial advice in light of the low oil price. In addition, its expertise has been sought by 6 PLCs (public limited companies). Formed in 2011 and based in the city’s West End, Infinity has a staff of 15.