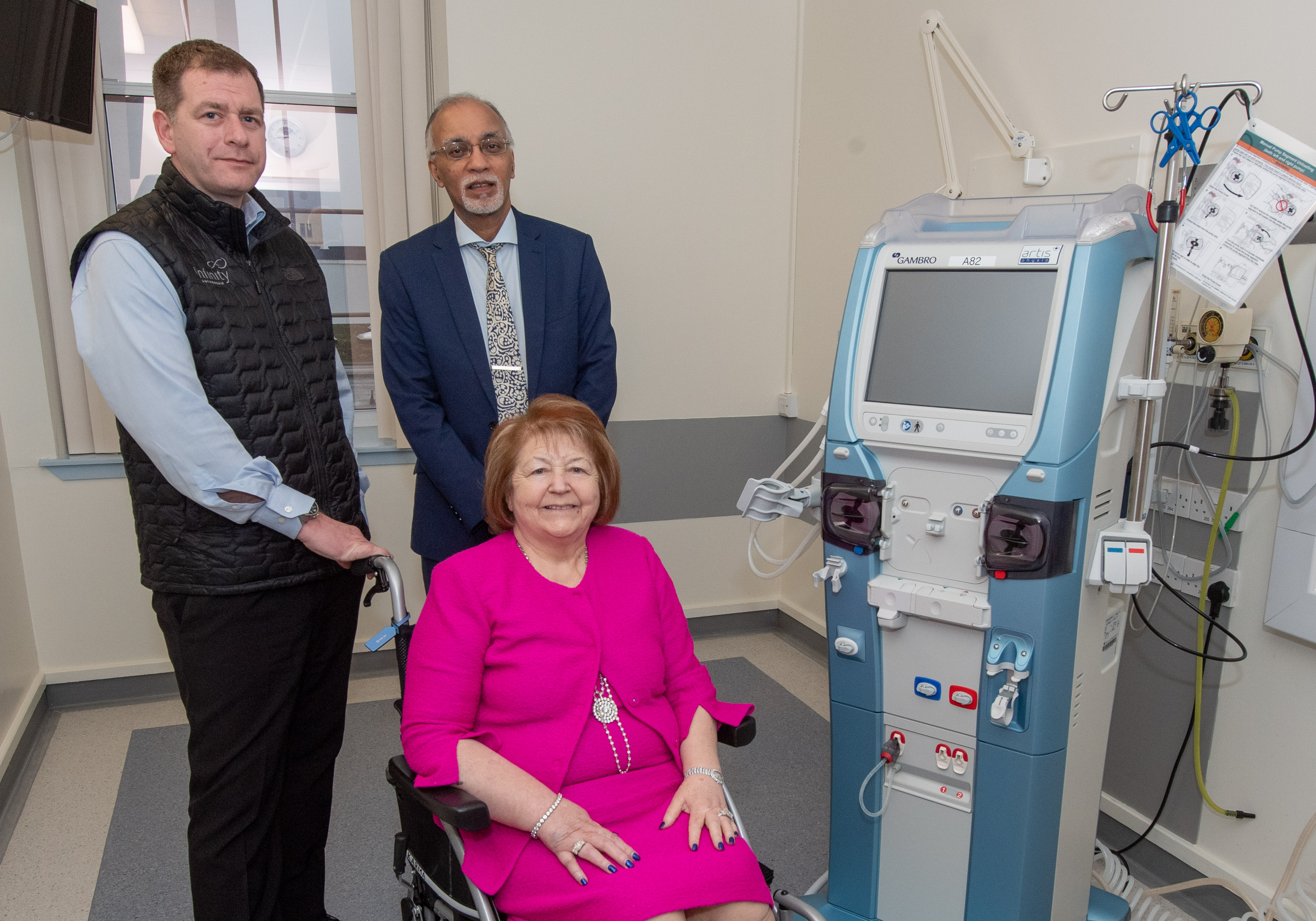 A donation of £95,000 has been made to Aberdeen Royal Infirmary for new dialysis machines at the north-east’s main hospital.

The fabulous figure, which has been used to purchase 10 dialysis machines, was the result of a joint effort between the Cowie family and Infinity Partnership.

The Cowie family’s fundraising campaign, which was led by mum Hiezel and supported by staff members at Infinity Partnership – owned by Hiezel’s son, Simon, raised the phenomenal sum in just 12 months.

The cash was used to provide 10 new dialysis machines as part of a wider planned programme to replace 100 machines.

Hiezel and Simon decided to raise funds as a thank you for the support she received at the Aberdeen Royal Infirmary’s renal unit for her dialysis treatment. Simon, managing director at Infinity Partnership, also enlisted the staff at his business to help support the fundraiser.

The majority of the cash was raised at the Infinity Gala Ball, a ladies lunch and an afternoon tea at The Marcliffe Hotel, near Aberdeen. More than £60,000 was raised at the Gala Ball which was attended by family, friends, Infinity staff, clients and business associates.

Hiezel, who started dialysis in 2016 and also suffered a stroke in 2017, said: “The staff at the unit are simply wonderful and I’m delighted that they now have upgraded equipment. I never dreamed that the events would raise so much money and I am proud of my family’s achievement. I am truly overwhelmed by the support of all my family and friends. I cannot thank everyone enough for their part in making each event such a success. I’ve been blown away by people’s generosity.”

Simon was delighted to be with his mother to formally hand over the cheque to NHS Grampian at the Renal Unit. He said: “It’s a remarkable feat to raise such a sum and I’d like to thank everyone who contributed. I was truly amazed by the level of support, in particular for the ball which was organised by my wife Tracy and Infinity staff. Through this fundraising experience I’ve discovered that just about everyone I’ve come into contact with has their own story, or knows someone who has relied on dialysis. My mother should be extremely proud of her achievement – it was a fantastic effort.”

Sheena Lonchay, operational manager, NHS Grampian charities: “We’re delighted to receive this donation and thank everyone for the part they played in raising such a significant sum.”

Hiezel visits Aberdeen Royal Infirmary’s Renal Unit to receive treatment three times a week. Dialysis is a procedure to remove waste products and excess fluid from the blood when the kidneys have stopped working properly. It involves diverting blood to a machine to be cleaned.

Award-winning Infinity Partnership has a staff of 23.